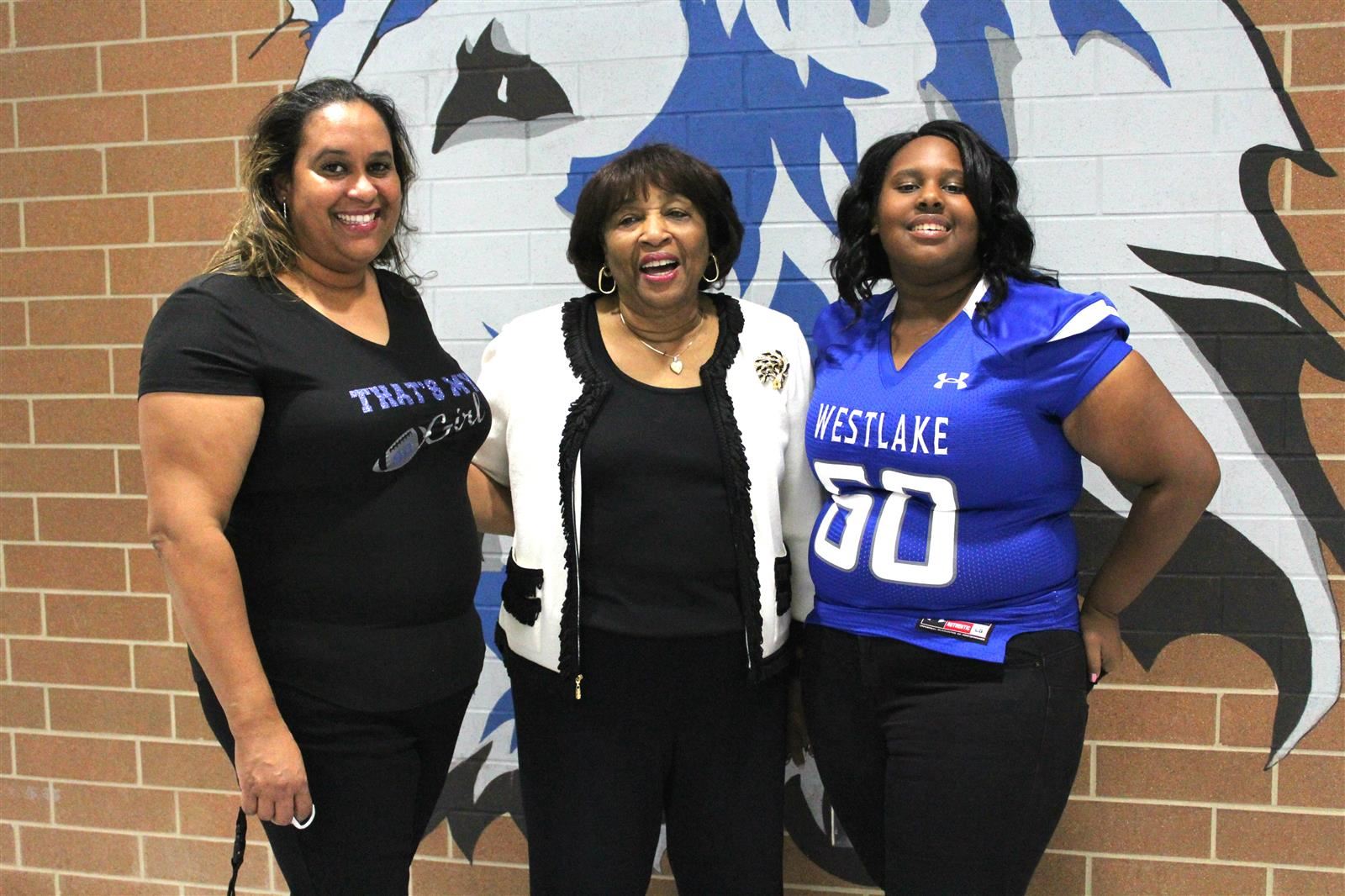 While she was not trying to make history, Alston knew playing football on a high school varsity team would not be easy.

“I just wanted to play football and to be a part of the team,” Alston said. “It’s an opportunity of a lifetime and one that I will remember for the rest of my life.”

“My parents and I are grateful to Coach Reid for allowing me this opportunity,” she said. “He and my teammates have welcomed me on the team and I appreciate that.”

Alston was inspired and motivated to play football after having spent time on the soccer field, where she learned to kick and punt.

For other young women who have desires to play football she has this advice. “If you believe in something, you should make it happen. You should be able to do anything.”

After graduating this year, Alston plans to go on to college and major in Sports Medicine. “I don’t know if football is in my future,” she says. “If not, I’ll be satisfied with the year I’ve had playing football at Westlake High.”